It's release time for Shade's Champion by Cheryl Headford! Pick up a copy today!

Blurb
Shade has been kept in the dark for eight long years. Now he’s facing a world that terrifies him. A world that seems to hold no place for him.
When the authorities are unable to find a home for Shade, Penny, reluctantly accepts him into the secure school she manages, despite thinking it’s the wrong place for him. Penny fears for his safety among the other troubled children. In an attempt to forestall the disaster she predicts will happen she appoints one of them as his champion.
Dory, an engaging seventeen year old with mental health issues, is proud to be chosen as Shade’s champion and throws his heart and soul into the job. In doing so he is forced to face the thing he fears most – his own emotions.
An unexpected friendship begins to grow into something more, until a spiteful act tears them apart and leaves them broken.
When Dory falls ill, Shade is forced to face his demons and struggles to find the strength and courage he needs to fight for the right to love, and to be there for his champion when he needs him most.
﻿
﻿
Excerpt
“You’re sixteen. A year younger than me. I’m seventeen, but only just gone. One more year and I’ll get to leave. I don’t know where I’ll go, though.” He heard the nervousness creep into his voice and tried to swallow it. Shade didn’t need to have his worries on top of his own.
Shade didn’t seem to notice. He was thinking hard.
“Sixteen’s not very old, is it?”
“No, not very. Well, not at all really. You’re not a grown up yet. I don’t think I’ll ever be a grown up, but I guess you will. You weren’t put together wrong, just... broken a bit.”
Shade laughed. “Broken a lot.”
“Hmm. I don’t think so.”
“How would you know?”
“I can see it in your eyes. There have been broken people here before and there’s something scary in their eyes. Your eyes aren’t scary at all.”
“Really? They feel scary to me.”
“How can eyes feel scary? Oh, you’re teasing me.” Dorien had caught a certain twinkle, and it made him feel excited. Shade wasn’t so shut down after all. There was a nice person in there waiting to come out, Dorien was sure of it.
Shade’s smile faded. He sighed and closed his eyes.
“Are you okay?”
“I don’t know. I feel.... I don’t know.”
“Did that horrible doctor give you more meds?”
“Horrible?” Shade opened his eyes and blinked at him. He looked confused, but that humour was lurking in the shadows again.
“Oh yes. I had to go to a meeting to decide if I’m up to being your friend. My doctor was there and so was yours. They were almost fighting because yours is horrible and mine is nice. Penny got cross, too, and she told him that if he didn’t stick to the point she’d throw him out. Well, she didn’t exactly say that, but it was implied. Penny often does that, kind of not saying things, but you know what she means.”
“I have no idea what you just said.”
“Sorry, am I talking too fast again?”
“No, well... yes. I... I have trouble following. It’s....”
“Oh. That’s okay. I get like that sometimes when the doctors change my meds. Dr. Blake says the best thing to do is get up and walk it off. You should do that. Hey, I can show you around. No one told me we have to stay here.”
“I don’t know. I don’t feel so good. I want to just lie and—”
“But that would be boring for me.”
“You said it was okay to go to sleep.”
“Well, I didn’t really mean it, and anyway, I didn’t know then how much fun you are.” “I am?” He sounded so surprised Dorien had to smile.
“Yes, you are. Come on, get up. By the time you get to the end of the corridor you’ll be fine. Have you got a really fuzzy head? I hate that. It doesn’t happen much anymore, but I get it a lot after an episode or when they’re changing my meds. It will go away. Do you need me to help you?”
“I... think.... Dorien, I don’t this is a good idea.”
“Call me Dory. Come on, up you get. I’ll help you.”
“No, I....”
No matter how much Shade protested, Dorien was single-minded. He just knew Shade would be okay once he was on his feet.
Groaning but compliant, Shade allowed Dorien to haul him up to sit on the edge of the bed. He bowed his head, his hands resting on his knees. “Give me a minute.”
“What’s wrong?”
“I don’t feel right. I think I’m going to be sick.”
“No, you won’t. Once you start walking you’ll feel better.”
“Are you sure?” Shade looked up at him, his honeyed eyes wide and bright. Something inside Dorien went shivery.
“Yes. Give me your hands.”
Shade’s hands were cold but sweating. Dorien gripped them tightly and dragged Shade to his feet. Shade staggered forward and almost knocked Dorien over .
“Shit. Be careful. You’re bigger than me. You’ll break me.”
“Not bigger.”
“Nope, you’re definitely bigger. I’m a long string of nothing. Rich says that when he’s teasing me about how much I eat. I eat a lot but I never seem to put weight on. I think it’s because I do everything fast. I—are you alright? You’ve gone awfully pale.”
“No.” Shade mumbled something else, Dorien couldn’t hear.
“What did you say? Can’t you stand up properly now? You’re too heavy.”
Shade raised his head and met Dorien’s eyes. He opened his mouth to speak, then his eyes rolled and he collapsed, unconscious.
****
Buy Links:
Wayward Ink Publishing
All Romance
Meet The Author
Where to Find The Author
Facebook
Twitter
Goodreads
Website
Blog
﻿
Posted by Unknown at 12:00:00 AM 1 comment: 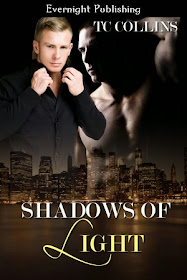 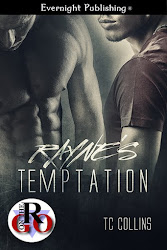 Pick up your copy today!